The United States was 24th in median mobile speeds and 13th in mean speeds, according to the latest Speedtest Global Index based on data from the fourth quarter of 2021. T-Mobile was the big winner among U.S. wireless carriers.

Speedtest releases its index monthly. The index is transitioning from measuring from mean to median ratings next month. It provided both measures for the latest report.

T-Mobile had the top scores in several categories, including median download speed of 90.65 Mbps and latency of 31ms. It was followed by AT&T at 49.25 Mbps with a latency of 34ms and Verizon Wireless at 44.67 Mbps and a latency of 32 ms.

Speedtest also measured the ability of carriers to provide consistent service. T-Mobile had the highest Consistency Score, providing at least 5 Mbps download and 1 Mbps upload 87.3% of the time Verizon Wireless was second at 80.4%, and AT&T was a tad behind at 80.2%.

The 5G Consistency Score was based on the percentage of time carriers could maintain download speeds of 25 Mbps and upload speeds of 3 Mbps. T-Mobile was the winner at 81.5%, followed by Verizon Wireless at 77.3% and AT&T at 69.6%. 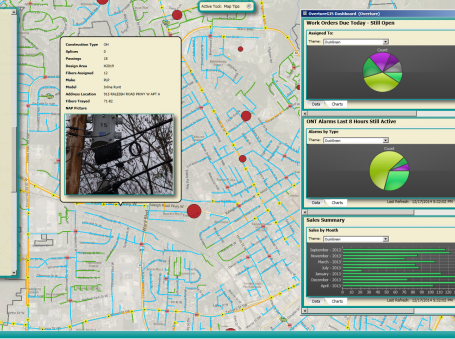